According to the latest report released by LightCounting (LC), the optical component market demand will achieve steady growth in 2020. In the previous LightCounting report, it was announced that the Ethernet transceiver market sales in 2019 had the first decline since 2009, shrinking 18% throughout the year. In this regard, LightCounting lists eight reasons why 2020 will be better for components suppliers than 2019.

1. Spending among hyperscale data center operators picked up in 3Q19 and should continue in that direction. Capex in this segment is cyclical, and LightCounting believes hyperscale operators are heading into the high-growth phase of the next cycle.

2. Datacom equipment revenues weren’t as bad in 3Q19 than in prior quarters, and LightCounting expects “positive growth” when the current quarter completes.

In fact, LightCounting expects optical component vendors' revenues as a group will likely set a new record in 4Q19. The market researchers expect 13% growth in the last six months of 2019 versus the same period of 2018 and are predicting 19% growth in 2020.

3. Broad commercial deployments of 5G networks began in Q3 and Q4 of this year, sparking demand for 10G and 25G grey and WDM fronthaul transceivers.

4. LightCounting expects 5G roll-outs will continue “for another several years at least.” The company expects 2019 wireless revenues to more than double compared to 2018; such revenues will grow at greater than 20% annually through 2024, LightCountine estimates.

5. Sales of DWDM transceivers in the second half of this year are expected to be 11% higher year-over-year, and for the full year will be 7% higher. Data center interconnect and access network applications will drive this growth.

7. Meanwhile, second-half optical interconnect sales will have grown 14% by the time the year ends, LightCounting believes. This segment will see revenues improve 27% annually over the next five years, the market research firm states. Such interconnects will find use in a wide variety of applications, from interconnects between servers and top-of-rack switches to high-performance computing, core routing/optical transport, military/aerospace, and industrial.

Previous : LightCounting predicts that sales of FTTx optics will return to growth in 2020-2024
Next : Data Center Design: Which Standards to Follow?

CIOE2020丨HYC is meeting you with new products applied in 5G fronthaul

What is Polarization Maintaining(PM) fiber connector?

Warm Congratulations on the Roof-sealing Ceremony of HYC's New Building!

HYC will Participate in ECOC 2018 with new HD Connectivity Products 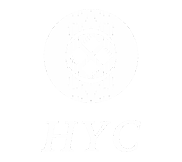